This intensive training program is aimed at preparing participating students with the skills needed to get employment in the film industry in Santa Fe County. This program focuses on On-set safety, On-set etiquette, On-set PA skills, Production Office skills, OSHA 10 Safety Certification, interview and resume training, and the many other skills needed to gain work as a Production Assistant. Upon successful completion of the training bootcamp, students will also have the opportunity to apply for a paid internship on a set. Participants need to be 18 years of age or older, have a valid driver’s license,
and be a resident of Santa Fe County.
https://www.facebook.com/groups/SFCCFilm/
Apply Online Now 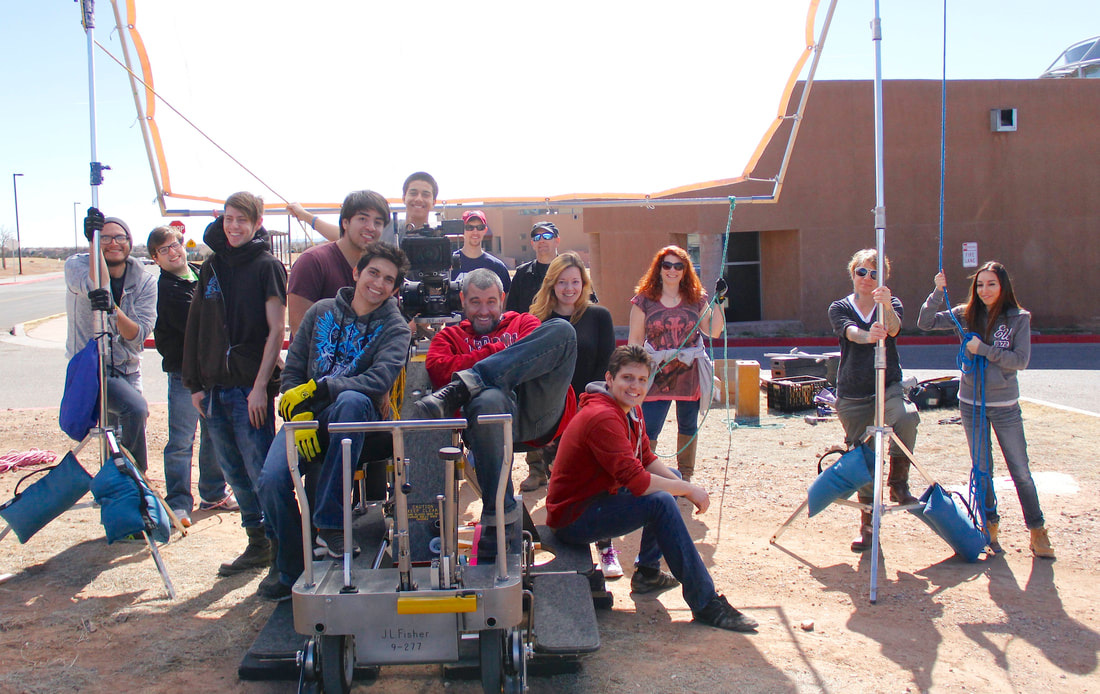 Meet Some of the Instructors:

Alton Walpole
Alton Walpole is an eclectic filmmaker with more than thirty years of experience with a background as cinematographer, editor and producer. He was the UPM and Line Producer for the Academy Award winning production of CRAZY HEART with Best Actor winner Jeff Bridges. He was also the UPM on THE BOOK OF ELI with Denzel Washington. In 2012 he was the UPM and Line Producer on the biography of Steve Jobs, titled JOBS. In 2013 he worked as the UPM on the film JANE GOT A GUN with Natalie Portman and BEYOND THE REACH with Michael Douglas. Walpole has managed film and television productions with both large and small budgets including the television pilots for WILDFIRE and LONGMIRE.

As UPM he recently completed twelve episodes of THE BRAVE for NBC I Universal and a western limited mini-series for Neff/ix titled GODLESS as well as the pilot for MID-NIGHT TEXAS for NBC. He was also UPM on ten episodes of DIG for NBC I Universal and completed WAR ON EVERYONE (a John Michael McDonough project) as UPM and Line Producer. Alton completed work on THE MAGNIFICENT SEVEN as the UPM for the New Mexico segment. The corporation for which Alton is President, Mountainair Films Inc, completed THE SEDUCTION OF JOYCE MITCHELL: PRISON BREAK with Penelope Ann Miller for Sony Pictures Television in the Fall of 2015.

Other Line Producer and / or UPM credits include THE SPIRIT, INTERVENTION, TORTILLA HEAVEN, WINTER BREAK, UNSPEAKABLE, BLIND HORIZON, Rx, AFTERWARDS, HAND OF FATE, THE BURROWERS, PASSION IN THE DESERT, SOUNDMAN, THE TAO OF STEVE and THE FAR SIDE OF JERICHO. He was also the Unit Production Manager on a trilogy of films titled THE HORROR CHRONICLES and Cinematographer I Editor of "PAHA SAPA: The Struggle for the Black Hills" a documentary made for HBO.

Walpole's early work includes managing and editing the translation of archetypical and contemporary images into the unique films KOYAANISQATSI, POWAQQAATSI and BARAKA.

He is a member of the Director's Guild of America and resides in Santa Fe, New Mexico, where he is the owner of Mountainair Films Inc. Currently he primarily works as a Line Producer and consultant breaking down scripts and preparing schedules & budgets for production. He has received many awards including induction into the New Mexico Film Hall of Fame.
Milton Riess
Milton Riess has about 35 years of professional experience deep inside the hard and fast trenches of the Film and Television industry. He is currently Co-Chair of the Film Department at Santa Fe Community College, primarily heading their Film Production, Film Crew Training Program, and Workforce Development. Milton is also a commissioner on the Santa Fe Film and Digital Media Commission.
Milton moved to Santa Fe nine years ago from Los Angeles. After one of his shows got cancelled (and they all do), he came to Santa Fe for a long weekend. By the end of the weekend, he rented a place, and a month later, he became a resident.
Milton has worked as a writer, script doctor, director, technical director and actor. Several of his screenplays have won international awards (2012 Hollywood Screenplay Contest, International Family Film Festival Competition, Semi-finalist in Zoetrope Screenplay Competition). He has been Lighting Director and Technical Director on several Emmy award-winning TV series for NBC/E! Networks as well as countless other TV shows, pilots, commercials, and music videos—250+ productions in all.

Dr. Elizabeth Kianu Stahmer
Dr. Elizabeth Kianu Stahmer, DAOM is the Executive Director of Stagecoach Foundation, Inc. Her decades of experience as an educator, from pre-school to higher education, provide her with an understanding of the importance for individuals to be empowered in ways that allow them to tell their own stories. This belief is the fuel that drives her mission at Stagecoach Foundation, Inc. to provide the necessary skills to New Mexicans, regardless of location or social identifiers, so that they can begin fulfilling careers in the state’s blossoming film and television industry. Dr. Stahmer is also an active advocate for environmental and social justice, which she incorporates into the daily functions of the foundation. She received her Bachelor of Arts Degree in Indigenous Liberal Studies from the Institute of American Indian Arts in Santa Fe, New Mexico, and has a Masters and Clinical Doctorate in Traditional Chinese Medicine.